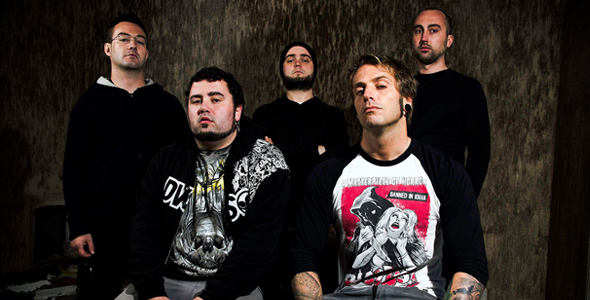 STAMPKASE talks about forthcoming record and new line-up
(For fans of Textures, Mnemic and Meshuggah)

Portuguese modern metallers STAMPKASE announce that they still looking forward to write the successor of 2012's debut album «Mechanorganism», despite the line-up changes they went through in the last year. The band from Azores islands makes it clear that giving up is not a possibility and that there's even new sounds being developed.

"We are aware that many people think we are knocked down after André (vocals) and Bruno (guitars) left the band after ten years. It was indeed a big setback but this is actually something pretty trivial in the music realms. The most important thing is that we are still writing and looking forward to recruit the best musicians to replace them. Actually, this is something we've been working hard lately and it seems we can have white smoke on that soon. We will keep you updated. Besides, some songs have been written, once Nuno (bass player) is also able to play the guitars. So, we are sure some great riffs will turn up profit when all the band is together again."

STAMPKASE erupted from their volcanic land in 2003 and since then they have become one of the most successful bands to ever come out from Azores. They won the acclaimed Angra Rock Music Contest in 2005 and shared the stage with bands like Mnemic [Den], Exilia [Ita], Fear My Thoughts [Ger], Dagoba [Fra] and many more.

In 2010 they started to record their debut album, which had Daniel Cardoso [Anathema, Angelus Apatrida, Anneke van Giersbergen] handling the mixing and mastering duties. For the artwork, the band recruited the uk art wizard Colin Marks [Kataklysm, Exodus, Nevermore]. 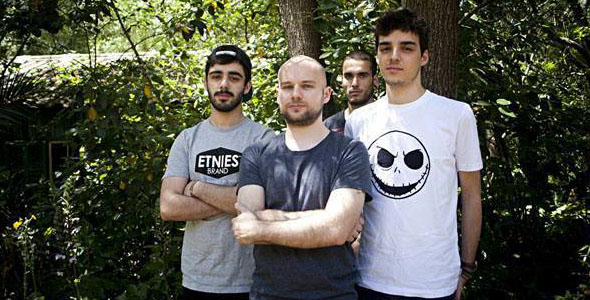 JUSEPH writes the follow-up to «Novae»
(For fans of ISIS, Pelican and Russian Circles)

Portuguese post-rockers JUSEPH have just started writing their sophomore album set to be released during 2015. The band confirms that two new songs has nearly reached conclusion and two others are starting to take shape. Besides, JUSEPH is rearranging an old track and planning to include vocals - for the first time - in one of its new compositions.

"We want to try some brand new elements on our next record and the main one is to include vocals. We also plan to add more layers from keyboards and a third guitar", says guitarist Leandro Sousa.

Moving from the slopes of the valley (Vale de Cambra, Portugal), the journey of JUSEPH starts in late 2009 when three guys decide to make noise in a small rehearsal room. After six months the first concert happens at June 2010 in a local bar called Marchianos. Two guitars and drums only. Later Pedro Bastos took the bassist place. Since then they have shared gigs with some of most important bands of portuguese underground scene, as Eak, Crushing Sun, Lululemon, Aspen, Men Eater, Process of Guilt, Katabatic, Mother Abyss, among others. Also figured in “Milhões de Festa”, one of biggest alternative festival in Portugal, at 2012 edition.

In 2013 JUSEPH came out with their first official record. Recorded, produced and mastered by Makoto Yagyu [Riding Panico, PAUS, If Lucy Fell] and Fabio Jevelim [Riding Panico, PAUS] at Black Sheep Studios (Sintra, Portugal) in May and self-released in September 2013. "Novae" is a five track Extended Play that shows the route of the band since the inception to current stage. A sound ride through a landscape covered by a lot of post-rock with steroids. Even a genre easily stepped many times, «Novae» is a land that carries a sweaty identity in this kind of music.

Order «Novae» via Bandcamp or juseph@gmail.com. 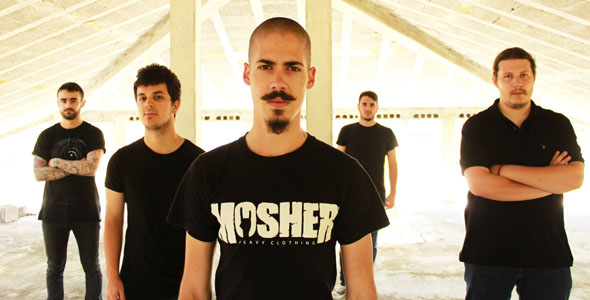 «Rupture» comes off their debut album, «Origin», set to be released in the following month. More details on release date and album title soon.

MONOLYTH has been working in Audioplay/Palco Central Studios, in Portugal, with producers Andrés Malta and André Rodrigues, this latest set to handle the mix and mastering in Fullpower Studios.

The first record from the band based in Aveiro also features special guests André Macedo [COLOSSO, ex-NEBULOUS] and Andrés Malta [MUNCHIES, ex-BEAUTIFUL VENOM] on the tracks «Fake Symptom» and «Denied And Broken», respectively.

MONOLYTH claims their sound to be a diverse and noxious mixture of many of their main inspirations such as LAMB OF GOD, MESHUGGAH, GOJIRA, MACHINE HEAD, DEVIN TOWNSEND and many others. The band was formed by guitarist Tiago Martins and drummer Victor Butuc around 2009. After playing together and jamming for some months, the search for a lead vocalist started and ended up with (MP) Marcelo taking the place, followed by their first bass player Pedro Maia and guitarist Gonçalo Lemos. Following Maia's departure in February 2012, João Mota joined band. After playing the songs that would end up in their first album for about a year and a half, they experienced yet another line-up change and David Alves becomes the band's new bass player in July 2013.

MACHINERGY: new album «Sounds Evolution» out this month
(for fans of Sepultura, Nuclear Assault and Kreator)

The predecessor of 2010's «Rhythmotion» was digitally released in June 2nd this year and has garnered rave reviews.

"From the first to the final breathing, they attack relentlessly with a tracklist overall vigorous and brutal, keeping the standards high-leveled with no relevant ups and downs between songs"
Rock & Heavy [Chile]

"Remember when thrash bands did ten tracks of brutal, fast, pounding music and released it as an album without a thought for appealing to people outside the genre? MACHINERGY have recaptured those days"
The Moshville Times [UK]

"They will no doubt blow your speakers"
Metal Galaxy [Canada]

"This is one bad-ass album"
Woodbangers [USA]

MACHINERGY are now focused on completing their forthcoming videoclip «Fúria». Vocalist/guitarist Rui Vieira comments: "Our first videoclip for «Rhythmotion» was a good start. We tried to create a short story and we had a great actor. In «Fúria», we will try to take our cinephile experience to another level. It will be a bit more ambitious video."

In other news, MACHINERGY won in August the best short film category with 2012's documentary «Rhythm Between Sounds» in their hometown Arruda dos Vinhos film festival «Curt'Arruda». The clip chronicles the band's roots and all the portuguese underground music scene since the late 80's. Furthermore, MACHINERGY will feature portuguese radio legend António Sérgio documentary «Uivo» with the track «1988», in theatres in November 1st.

Portuguese death/groove metal act MONOLYTH will release its debut album «Origin» in October 10. To celebrate the moment, the band will get on stage in the same day at Bar do Estudante (21h30 WET), in Aveiro, with their countrymen REVOLUTION WITHIN, KRITTER, TERROR EMPIRE and SOTZ. Tickets available at the venue for 5€ (12€ w/ CD, 15€ w/ t-shirt, 20€ w/ CD + t-shirt).

«Origin» was recorded in Audioplay/Palco Central Studios, in Portugal, with producers Andrés Malta and André Rodrigues, this latest being responsible for the mixing and mastering in Fullpower Studios. The record also comprises special featurings by André Macedo [COLOSSO, ex-NEBULOUS] and Andrés Malta [MUNCHIES, ex-BEAUTIFUL VENOM] on the tracks «Fake Symptom» and «Denied And Broken», respectively.

MONOLYTH claims their sound to be a diverse and noxious mixture of many of their main inspirations such as LAMB OF GOD, MESHUGGAH, GOJIRA, MACHINE HEAD, DEVIN TOWNSEND and many others. The band was formed by guitarist Tiago Martins and drummer Victor Butuc around 2009. After playing together and jamming for some months, the search for a lead vocalist started and ended up with (MP) Marcelo taking the place, followed by their first bass player Pedro Maia and guitarist Gonçalo Lemos. Following Maia's departure in February 2012, João Mota joined band. After playing the songs that would end up in their first album for about a year and a half, they experienced yet another line-up change and David Alves becomes the band's new bass player in July 2013. 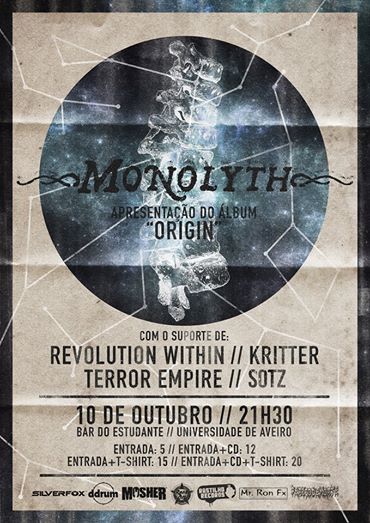 Portuguese contemporary jazzers PÃODEMÓNIO are now out with their debut album «Pirraças Pueris», which introduces the band's powerful, groovy, technical, dynamic and fresh sound, developed since its foundation in mid-2013 as a result of an intense work and experiment with various timbric and textural sonic possibilities, arrangement structures and musical ideas.

Along this 45-minute journey, «Pirraças Pueris» takes the listener through different grooves, moods, colors and dynamics in a very personal musical world rooted in the spirit of the contemporary expression of jazz, metal, rock, funk, hip hop and alternative music.

«Pirraças Pueris» was recorded at Stone Sound Studio by Ricardo Oliveira, with mix and mastering by Ricardo Pinto.

The band consists of professional and graduated musicians at Escola Superior de Música e Artes do Espectáculo in Porto, and features in its ranks the drummer Marcelo Aires, known for his work on progressive metal acts such as COLOSSO, NEBULOUS and OBLIQUE RAIN.

Marcelo comments on this new musical adventure: "PÃODEMÓNIO comes out from the idea of developing a project in which the most diverse musical genres could coexist. We are talking about a sort of 'magical cauldron' where jazz, experimental music, metal, funk, and many others, meet each other, always with a dosage of spontaneous improvisation. Likewise, it was an excellent way for me to develop my jazz vocabulary and I ended up complementing the band with my creative input based on my metal, and related, background. As well, the band is formed by other members with different backgrounds with this in mind: to merge and complement a plurality of styles." 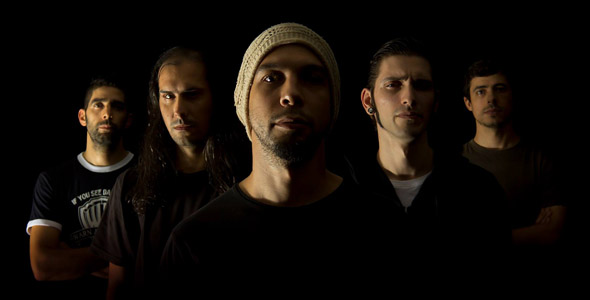 DREAM CIRCUS: new album coming in 2015
(for fans of Alice In Chains, Soundgarden and Helmet)

Portuguese based rock/grunge quintet DREAM CIRCUS has set January for the recordings of its sophomore album, yet to be titled. The follow-up to 2012's «Land Of Make Believe» will be once again recorded by producer Pedro Mendes at Ultrasound Studios [W.A.K.O., HEAVENWOOD, ANGELUS APATRIDA, SWITCHTENSE] and is tentatively due next Spring.

Vocalist James Powell states about the band's new effort: "I think with this record we get really close of what our musical identity is about. The songs are more complex, heavier and aggressive, though we don't give up on melodies."

The 90s rock has a dark and addictive energy that is rarely recreated. Inspired by some of the major music legends, DREAM CIRCUS move towards to create a unique taste of rock and metal, which is appealing and thrilling for the modern ears. Founded in 2009, the music passionate James Powell gathered with guitarists Fred Rosa and Pedro Lopes, the drummer Gonçalo Silva and bassist Hugo Gaspar to merge their music likes based upon a heavy, melodic and captivating sound. And so are DREAM CIRCUS.

MONOLYTH's debut album «ORIGIN» available for sale and full streaming at Bandcamp
(for fans of Machine Head, Lamb Of God and Meshuggah)
http://monolythband.bandcamp.com/releases

Portuguese death/groove metal act MONOLYTH has released its debut album «Origin» in October 10. The momentum was celebrated with a blazing show at Bar do Estudante with their countrymen REVOLUTION WITHIN, KRITTER, TERROR EMPIRE and SOTZ.

«Origin» was recorded in Audioplay/Palco Central Studios, in Portugal, with producers Andrés Malta and André Rodrigues, this latest being responsible for the mixing and mastering at Fullpower Studios. The record also comprises special featurings by André Macedo [COLOSSO, ex-NEBULOUS] and Andrés Malta [MUNCHIES, ex-BEAUTIFUL VENOM] on the tracks «Fake Symptom» and «Denied And Broken», respectively.

Vocalist MP Marcelo states about the record:
"We tried to be a bit odd and don't focus in just one way of writing. That's why we have songs like the mellow «Denied And Broken» followed by heavy pieces such as «Imprisoned" or, in my opinion, the greatest highlight on the record - «Obsolete». This track pretty much defines not only our musical mindset for this album but also, probably, a rite of passage for things to come. When we got into the studio we had 40% of the songs done. Then we spent a long time taking care of all the details, measuring changes, leads, solos, etc."

GET IN TOUCH TO PURCHASE PHYSICAL FORMAT via alienmoshpr@gmail.com (7€ plus shipping costs) 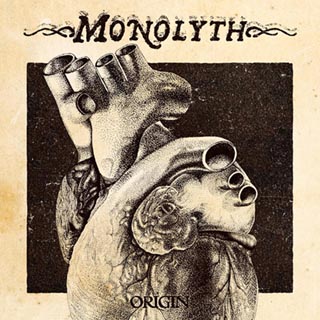 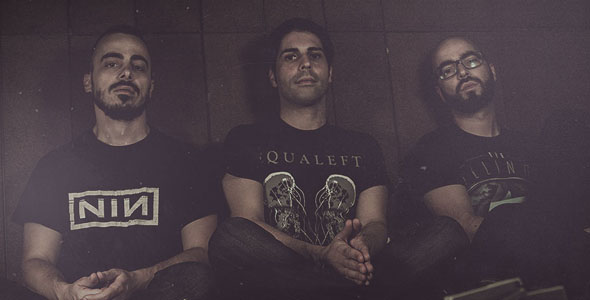 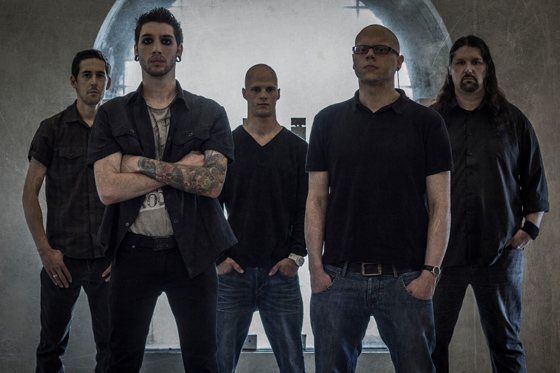 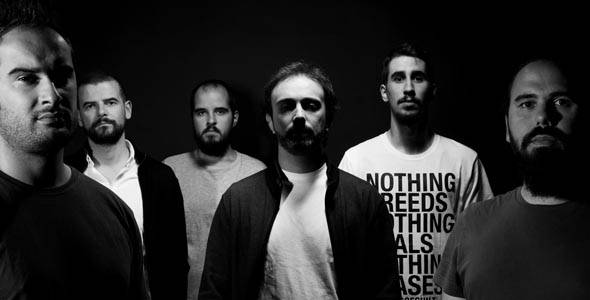