"Welcome ladies and gentlemen. Let us introduce you to PussyVibes.

They made their start quite some time ago, in 1999 in fact, however only as a one-man project. A year later, a 20 minute demo CD-r called Can U Smell It? was recorded, however the pussy pervert lay dormant until 2006. It was then that PussyVibes began breathing again in a whole new way… they clawed and crawled out of some gruesome godforsaken snatch as a fully membered band!

Preparing themselves for years of grind destruction and having stabilized their line-up of perverted individuals, they set hard at work. They focused themselves on PussyVibes’ particular vision of gore and sex, and especially the role of woman. No, you won’t find many demeaning remarks or bitch slapping in their lyrics, in fact, it may just be the other way around. Why kid ourselves? It seems woman is the most dangerous monster of all and that is what they portray with songs like Pussy Vengeance, Booby trap and In the Womb of the She-Beast.

They have managed to play every corner of Portugal, from small clubs to festivals sharing the stage with such big name bands like Napalm Death, Haemorrhage, Dead Infection, Sublime Cadaveric Decomposition, Cock and Ball Torture, Jig-Ai, Mucupurulent, Holocausto Canibal, Fetal Incest, Raw Decimating Brutality and Namek among many others.

2009 saw these Pussy Lovers release their debut album "Pussy Gore Galore" and play in Spain and Germany for the first time.

PussyVibes aims to entertain the few sick individuals willing to indulge us in our sexy wall of noise. We want to show the world some ass kicking grindcore destruction!!!!! The band can't wait to grind on stage and make you prance around in glee!" 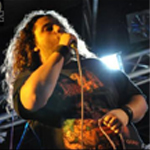