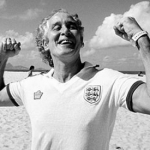 Hanna Tsepesh: Olá (Hello in Portuguese) W! Thanks so much for accepting this interview and Welcome to THE GATES OF METAL! Decayed is a very known band in Portugal but for those who do not know the band could tell us a little how it all started and also tell to us the line up? You guys started in 1990, right?
W: Yes in August 1990 most precisely. The band has been through several line-ups, the starting line up was JA (voice/Guitar) and Nuno (Guitar), after they decided to change the name of Decay to Decayed.
Then Carlos (Bass) and Pedro (Drums) joined the band. Many people came in and out the band, and today the line-up consists in JA(Guitar/Vocals), K (Bass), W (Voice) and VA (Drums).

Hanna Tsepesh: What inspired you the most to create the lyrics?
W: Since our first releases in 1990 until today, we never changed the concept of the lyrics, that’s something that we face it like an identity of ours … we talk about our hate for Christianity, also our hate for some people themselves, Paganism, and stuff like that.
JA writes most of the lyrics, I wrote 2 of them for our “The Black Metal Flame” album, also our former vocalist Pedra wrote our “Spikes, Leather and Bullets” lyric. We usually get some help from friends, and they know they are welcome to write something if they want.

Hanna Tsepesh: What are your favorite bands? You have any singer that you admire the most?

W: Well, since I was a kid I was always into the Heavy Metal scene, so my favourite bands are, of course, Iron Maiden, Judas Priest, WASP, Saxon, Running Wild, Loudness, KISS, Dio, Lizzy Borden … I have some vocalists that I really admire like the “Metal God” Rob Halford, Blackie Lawless that really gives me all the inspiration to do all the obscene live acts also (laughs).
The rest of the guys in Decayed are also into Heavy Metal, also some old-school Black Metal, some Punk, our drummer listens to a lot of Grindcore too. We have too much bands in our heads to mention.

Hanna Tsepesh: I would like to know if you had any singing technique lessons for growlng? Also I want to send my congratulations for you and for the entire band for the great success and hard working that is always surprising the fans!
W: I never had any kind of lessons or something to do what I do. Since I was a kid, I listen to Metal bands at home, and you know how it is … you try to do it at home when no one is around (laughs)!
The same way people sing their favorite songs when they are in the shower, I do the same … but with most heavy stuff, this kind of gives you all the lessons you need, if you start do it since kid.

Hanna Tsepesh: One little curiosity: Now you are a father, you want to transmit something about the metal? If, yes can you tell to us what you want to transmit to your daughter?
W: To tell you the truth, I really don’t want to “shove” Metal into my daughters head, she can hear whatever she wants. I’m sure it will happen to her the same that happened to me when I was a kid, because of my older brother. He never told me to listen to Metal, but I never heard anything else at my parent’s house, so I started to learn for myself what path I wanted to go. I choose Metal, I’m sure my daughter will do the same without anyone tell her to do so!

Hanna Tsepesh: Great answer! The band have a new album called "The Black Metal Flame". I have to say that I liked a lot the music’s and for me you guys have a brilliant album in here! I liked a lot the “Blood of the Altar “and “Endless”, I think this music’s reveals a lot what Decayed are! For people who don’t listen yet can you talk about "The Black Metal Flame" and what is the big different for you between this album and the previous one?
W: There are lots of differences between “The Black Metal Flame” and “Hexagram”. To start we never wanted to do a kind of “Hexagram II”… after the big “boom” that the Hexagram album was in the Portuguese Metal scene, lots of people thougt that we could make an identical album after it, just because we found the “magic touch”, but we never wanted to be that obvious. One step each time, we made something we wanted to do in “Hexagram”, now it’s time to move forward and try something new.
This last album is more into a vein of our 1rst and 2nd albums, more into the old-school Black Metal scene, we left the “Black n’ Roll” tunes resting for now (laughs).

Hanna Tsepesh: (laughs). I am big fan of Ramones work and I stay very surprised when I listen to your cover! I liked so much! Congratulations guys, very cool and energetic cover! So why the band decided to recorded Blitzkrieg Bop (Ramones cover)?
W: Just like you, we are all Ramones fans. We was in our bass player home once, and we were listening to Ramones and smoking some joints, that’s when we all had this idea. We like challenges like these ones, and we thought it would be quite funny.

Hanna Tsepesh: The band feels proud with the final result or you think that miss something? Everything went well at recording studio? It was an easy process for the entire band?
W: It’s always an easy process for us to be in studio, since we’re not there for more then 15 days, it really bothers all of us to be stuck in one place listening to the same tunes over and over …
Just like the “Hexagram” studio session, we filled our cars with beers, and spent all the studio session drinking and having fun, that’s what Decayed’s all about!
I enjoyed the final result, just like the most of the guys. Of course we always think that we could change “something here” and “something there”, but I think it happens with all bands.

Hanna Tsepesh: How has the response been to the album by the media and fans?
W: We laugh a lot with most of the reviews we read, but feel proud with it. Some reviews bring us down in the mud, and some others put’s us next to the Gods, it’s hard for us to find a “normal” review, and we really enjoy that things are like that.
Usually, people into Metal for some good years, write nice stuff about us, because they know what they are writing about (even if it is a bad review). But I know when a young kid writes about us, because we have bad reviews just because we don’t look the “northern way” and we don’t record our albums in the cold forests or mountains or we don’t burn churches (ours are made of stone, so it wouldn’t be easy, anyway).
Last week JA found a review, where the guy says that a Black Metal band shouldn’t have pictures in the booklet laughing and having fun … how more stupid can this be?

Hanna Tsepesh: If one of our readers wants to buy your album safely, what they can do?
W: You can always e-mail our guitar player JA first to:
Chroan@netcabo.pt
All e-mails will be answered, of course.

Hanna Tsepesh: what is your favorite music in this album and why?
W: I think I enjoy “Hordes of the Antichrist”. Since the music talks about a kind of “Evil army” who marches through the valleys to fight the christians armies, and erase them from this earth, we tried to make an instrumental stuff that could really gives us that scenario in our heads, and I think we made it. Also I like “Onslaught the Holy Flock”, evil as fuck!

Hanna Tsepesh: What is your personal opinion about the metal in our country (Portugal) in now days? Did your think is got better or poor and what is your best advice for the metal bands that are starting a band like Decayed style?
W: To tell you the truth, I’m not very much into the Portuguese Metal scene now, first I don’t have time, and second, I see more and more bands coming out, but all of them sound the same, its crap.
If people want to start a band like Decayed, why don’t they listen to … Decayed? (laughs)! After you understand the concept of Decayed, start to think with your own head, and make things with passion … and always high!


Hanna Tsepesh: Do you want to send any message for the people who going to read this interview?
W: Keep the Metal flame burning high, don´t care about trends, they will come and go, and Metal will always stay here.
Support the scene!

Hanna Tsepesh: Thanks o much for your answers and time. THE GATES OF METAL wishes the entire band a big success with "The Black Metal Flame"! See you guys very soon on stage…
W: I wish you luck Hanna, with this project. See you soon! We are now finishing our 8th album, to be released in the beginning of 2010, stay in touch, all of you!
Metal to the bone!

Hanna Tsepesh: Thank you so much for your words! We will wait for the future news for sure...
By: Hanna Tsepesh
To listen to some DECAYED music’s and for future information’s go at:
www.myspace.com/decayedlusitania

A hibérica ainda tem 9 cópias do Ten Years of Steel.