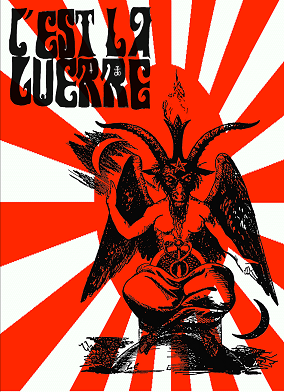 CD 4: "King Of The Grey Islands" Demos With Mats Levén On Vocals 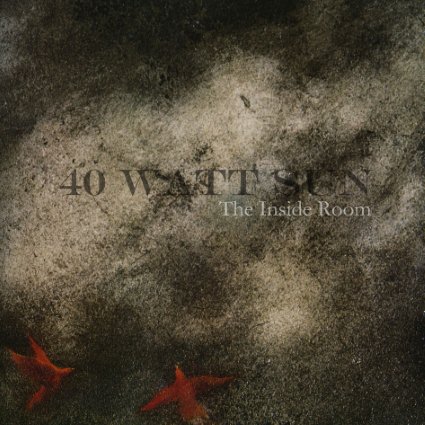 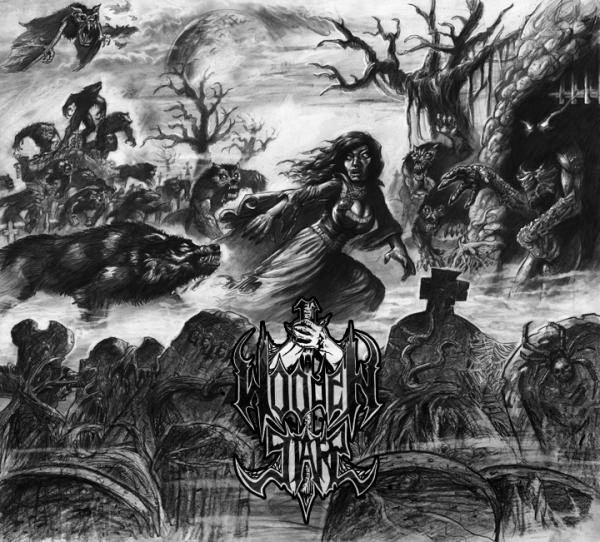 Wooden Stake continue their reign as the best newcomer in the occult, true doom scene with their full length masterpiece, 'Dungeon Prayers & Tombyard Serenades.' Since September of 2010, Wooden Stake have been incredibly prolific with releases starting with the 'Vampire Plague Exorcism' EP, the 'Invoke the Ageless Witch' 7", the split with Blizaro, another split, this time with 'Druid Lord' and a another great 7" titled 'Black Caped Carnivore.' There is over a full length album's worth of material right there if you can find them all-seeing as most of their releases so far have been in limited quantities but finally a label has come to this little Halloween party to release a full length album from them and how fitting it is that none other than 'Razorback Records' who have done the dirty deed. When I first heard Wooden Stake I was aware they were something very special and they would climb the underground doom-metal ladder very quickly and that is exactly what has happened through a lot of media coverage and that string of killer, almost flawless recordings.

This two-piece horror/doom true-metal act consists of the haunting vocal incantations of Vanessa Nocera and the mesmerizing and heavy, hypnotic guitar and drum work of Wayne Sarantopoulos. The band is incredibly atmospheric and have managed to carve out their own unique style that blends everything from Black Sabbath to Obituary to Hellhammer to Jex Thoth to Electric Wizard - you could say that have all the bases well and truly covered. Vanessa Nocera is the witchy woman on vocals and bass and her captivating vocal lines and melodies is just one element that makes Wooden Stake such an engaging band to listen to. The other outstanding ingredient is the creepy atmosphere they inject into every song, they have a unique feel for the music that few bands have ever come close to obtaining. The album opens with 'Cadaverum Caecorum Liber,' which is a tribute to the Blind Dead movies, from ’70s Spain. The spoken word vocal approach pushes you into a surreal state of melancholy which doesn't last long as it is soon destroyed by some earth-shattering, old-school riffage and hypnotic gloomy atmosphere.

Vocals move from the ethereal to the totally demonic while musically, Wooden Stake keep you guessing with genre-bending arrangements. One minute is traditional doom, then it gets psychedelic, then black-metal and then it might go totally early 70's occult-retro a la Black Widow or Coven. They even break out into N.W.O.B.H.M passages just to throw you a curve ball here and there but essentially, this is old-school doom-metal, mysterious and spiritual. 'Salem, 1692' continues the melodic gloom in such a way it makes Blood Ceremony and Jex Thoth sound positively friendly. 'Tortured into Eternal Repose' and 'Die Rache der Hexen' are more, blood curdling tales of witchcraft that sound like they are coming from Edgar Allen Poe himself. The music is basic but that only makes this even more chilling and spooky. The production on the album is also primitive but the raw, hollow sound seems to suit the band perfectly.

'Six Feet of Earth... And All that it Contains' keeps the lo-fi, demonic doom going and the instrumental 'Cemetery Closes at Sundown' is the perfect chill-fest interlude that leads into another highlight, 'Skullcoven.' Vanessa Nocera's constant vocal variations and personas continue to mesmerize but it also the Sabbathian riffing that is also completely enchanting, this duo seem to be locked into a formula that is all theirs while keeping their influences firmly intact. The sleaze factor comes into play often much like what Electric Wizard did on their last record, it is sexy, filthy doom-metal made for incense-filled rooms and late night seance sessions. 'Anguished Atonement' and 'Bleeding Coffin' close out the album just as heavy and spine tingling as it began but it may seem a bit repetitive by the end of it all depending on your personal tastes.

The overall feeling I get when I hear this band is one of pure enchantment and it seems like they have perfected their sound and style with 'Dungeon Prayers & Tombyard Serenades' but I also think they can do even better and this is just the beginning of a long, successful reign as one of the doom-metal giants of the underground. In conclusion, Wooden Stake are unique in many ways, they have a stunning original vocalist in Nocera and a truly gifted musician in Wayne Sarantopoulos but what is also mind-blowing is they cross over so many genres with their song-writing. It is doom, both old-school and modern, it is black-metal, traditional heavy metal and it is early 70's occult and psychedelic rock. It's supernatural, mysterious, mystical, majestic, superstitious, spiritual, spine-chilling and eerie and of course, very heavy and to top it all off, the artwork is great, gray and ghostly....Highly Recommended..........9.5/10
_________________
Anti-Parvoíce Ortodoxa