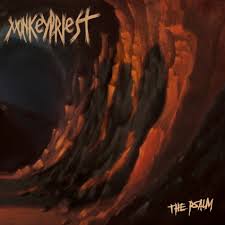 TAPE Agonia Pre-Mortem - Demo 2010 3.50€
Heavy and crushing Death/Doom in the vein of a slowed-down Autopsy, Winter and Bolt Thrower, with some slight crust punk influences. Three tracks of gloom and agony on pro tape.

Review a PUS no Cvltnation:

I can smell the pot fumes coming out of the sewer, wrapping around my dreams, turning them into night terrors. Hold on, I’m exhaling PUS…this South Wales band is my kind of buds. They have a sticky, blackened self-titled EP out now on Universal Tongue/Feretro Records that will make you feel dirty & high at the same time. PUS’ music is demonic blues for the underworld, where Satan’s helpers smoke big bongs. Every song on this EP crushes the timid, but gives power to the herbmen of the darkworld. This band’s bass lines are full of top grade THC, plus they have this “stoned is the way to be” vibe about them that just makes my fucking day. Actually the bass waves on songs like “Image of the Dredd Law” is as heavy as 666 tons of the gnarly stuff. You know when you smoke too much & evol voices start going off in your head, that’s what their lead singer sounds like, a mean ghoul who is trying to steal our stash. PUS drummer sets the dirge beats for the rest of the band to follow, which is not hard for them because the sounds he creates are mammoth. Now let me talk about the wizard riffs that have me high before I even light my spliff, now that is some rad shit. One thing is that I really dig about PUS is that they have this awesome crust aura that gives every jam a good stench. So this is the deal, when a bunch of punks decide to puff on that Mr. Nice & form a band, you end up with the killer sounds of PUS!
_________________

PUS s/t (Universal Tongue) cd ep 10.98
From the same label that gave us records from Alkerdeel, Aidan Baker, Bongripper, Expo 70, Caina, Gorgontongue and Persistence In Mourning, comes this, the debut ep from UK sludgelords Pus, whose sound is a lurching, lumbering downtuned heaviness, that owes as much to Electric Wizard as it does Moss. The guitars are thick and oozy and blackened, downtuned and tarpit groovy, the drums simple and solid, the vocals a reverb drenched bellow that sounds a bit like Mike Williams from Eyehategod crossed with Justin Broadrick circa the good ol' Godflesh days, each song mostly a single riff, pounded at relentlessly, laced with occasional gouts of wah drenched psychedelic leads, the songs once in a while oozing into something more blackened and dirgey, or something more propulsive and downright rocking, but for the most part, it's a relentlessly tranced out black dirge, doomy and psychedelic, mesmerizing and hypnotic, culminating in the extra noisy title track, which substitutes the bellowing vox for a weird droned out monk like chant, the guitars a big muddier and murkier, the result something weirdly dreamy and trippy.
Definitely recommended for fans of all things slow and low, doomy and sludgey. LIMITED TO 500 COPIES!!
_________________

Spoiler:
Chips & Beer is a new metal mag meant to give coverage to real metal that isn’t being covered in depth elsewhere. It revolves around what makes our lives tolerable, Metal, Horror, Chips, Beer, Comics and Metal (old, new, no bullshit, no pose). But mostly, Metal.

The mag contains interviews, reviews, special features, comics and lots of exclusive illustrations. It is printed on newsprint and is black and white throughout the interior pages. The covers are full color and glossy. Published by the creators, writers and designers/illustrators of TheLeftHandPath.com in association with 20 Buck Spin.

Features:
Primer on Manilla Road
One From The Grave (AC/DC Let There Be Rock tribute)
Thirsty & Miserable (Alcoholic conjurations from Cauchemar)

The magazine is approximately 100 pages long. It is initially available from 20 Buck Spin but will very soon be available via stores, distros and mailorders worldwide.

Issue #2 is already in the works! 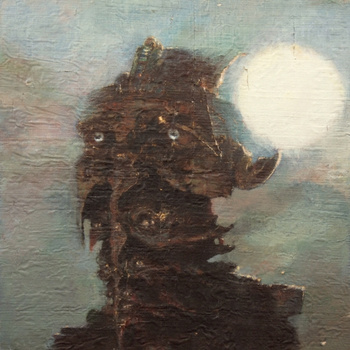 I've been keeping my eye on these Welsh sludge-lords ever since their first, ridiculously lo-fi demo made me think that my speakers had finally packed in and it was unearthly squalls of my chunky noise from here on in. This official EP, containing some re-worked tracks from the demo, takes the production levels up a notch, but not so much that the base filth is completely removed, which makes them sound frighteningly like Liverpool's mighty Conan on krokodil. There are riffs here, somewhere, but like the cover's rangy goat, they're skeletal and sickly creatures. This is a better thing than it might sound, as it gives the music a strung-out texture that's edgy, bleak, and perfectly surmounted by the reverbed sore-throat vocals. Like the oftlamented Sally, Pus Also manage to blend in a choice of dollop of loose groove that, as evindnced to the best effect on "A Cross For All To Bear", elevates the whole from unrelenting grimness without ever wandering off the head-up-arse excesses of stoner deserts. Not groundbreaking, not technical, and certainly not happy - just good.
4/6
Dan Hunt
_________________ 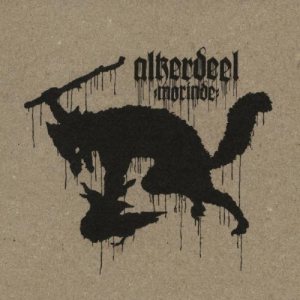 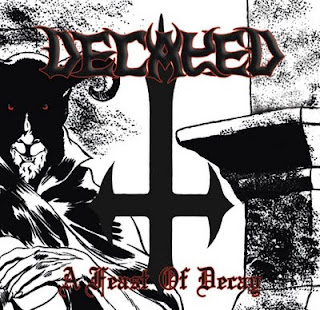